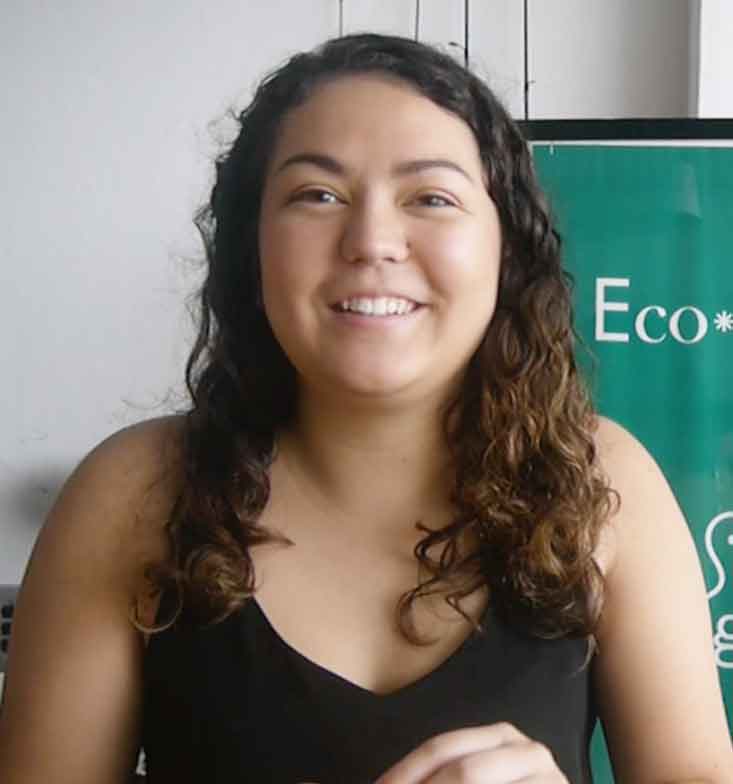 2019年6月12日 / Comments Off on Environmental Awareness NPO Preparing for Olympic Games
"It kind of pushed me out of my comfort zone and I was successful, it was good"
Lena R.

My name is Lena Reed, I came from Jacksonville, Illinois, in the United States. I study international studies and Japanese, and my internship is basically about environmental sustainability, which is something that I have always had an interest for.

I am actually going to start studying abroad here this year, so I thought that it would be like a good intro to living in Japan on my own, and also giving me a heads up to see what is like to work in in Japan, because I want to do that in the future.

What kind of company did you work with? What did you do?

My company is an NPO and they focus on environmental sustainability within the city, and also works with other NPOs in Japan that work with cleaning the trash in the ocean. They have created about 85 teams all around the world, most of them are here in Japan, but they also have about 10 teams abroad, which is pretty cool! They go out every week, each team has a different day when they go out.

What I basically did was help them translate things into English, because not a lot of them speak or read English, so I’m trying to help them broaden their mission to help foreigners who live in Japan as well as their teams abroad. I helped them organize everything, and then I was tasked with having my own event, which was geared towards foreigners. It was actually fun!!

Did you use any Japanese?

A lot! it was basically almost all Japanese.

What is your greatest achievement?

The event that I put together! I had a little help, but in the end I kind of organized it and did everything by myself. I was not very comfortable with doing that, so it kind of pushed me out of my comfort zone and I was successful, it was good!

How did you grow as a person and as a professional?

As a person, I would say that my comfort level was pushed out a little more. I’m very shy, and I think that being put into a place where I get pushed out would help me grow out of my shyness a little more.

As a professional, I think I am a lot more organized, and this will help my studies and all that. Communication wise I think I’m also a little better.

Any advice for future interns?

Definitely mannerisms. You have to know the mannerisms of Japanese people, and also, be prepared for the weather! If it is in summer it’s really hot, so be prepared for that (I was not prepared!!). And also, try to see places, get up and see Asakusa, Tokyo Tower, Roppongi hills and places like that. Be a tourist but also not a tourist at the same time (if that makes sense!).