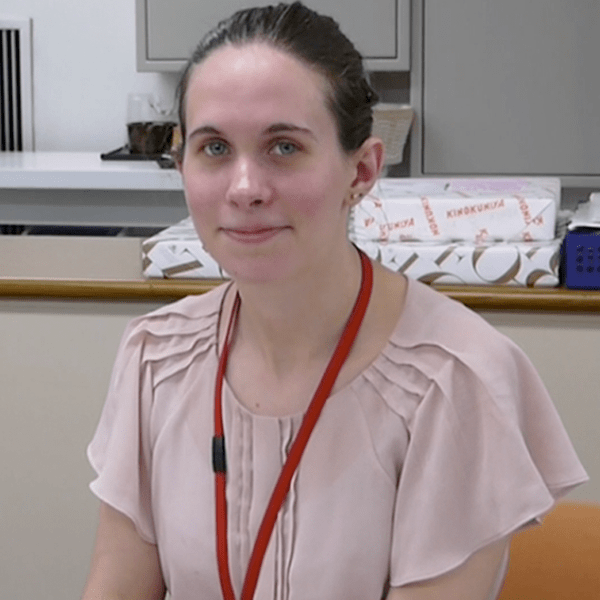 2018年10月15日 / Comments Off on Translation/ Interpretation At Events Company
"I can see a big change between when I first got here and right now, in terms of how much I can comprehend with reading in Japanese."
Isabel S.

I’ve been studying Japanese since I was sophomore in high school. I feel like my Japanese ability is not at the level I wanted it to be, so that’s mainly why I chose Japan. In addition, in the future I would like to do translation work, so I wanted to have the opportunity to start that sooner rather than later.

I worked for a company that helps with exhibitions and events like organizers. The kind of work that I did was proofreading my colleagues’ English, and translating documents from Japanese to English. Inside the company it was pretty much all Japanese, and though many of my colleagues do speak English, I had to speak Japanese the entire time. I would say both inside and outside of the company, because friends that I made here were also Japanese and many of them did not speak English.

What was your greatest achievement?

I think that my greatest achievement during my time working in the company was probably increasing my reading skills. I can see a big change between when I first got here and right now, in terms of how much I can comprehend with reading in Japanese.

How did you grow during this program?

What was your most Memorable Experience?

I guess really feeling at home in Japan was the most memorable thing. Now I know that if I want to live here, I know kind of what its going to be like.

How did this help your future goal?

I have experience now with translation, so I can see that is helping you to get a career in the future.

Do you have any advice for future interns?

When you are in Japan there is going to be tons of opportunities and motivation to study Japanese. I would just focus on making sure you are prepared in terms of packing, thinking about travel and just getting prepared for actually going into the country and living there.